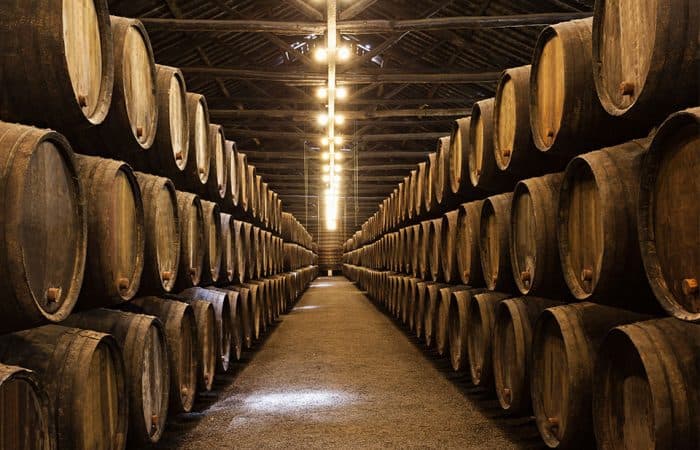 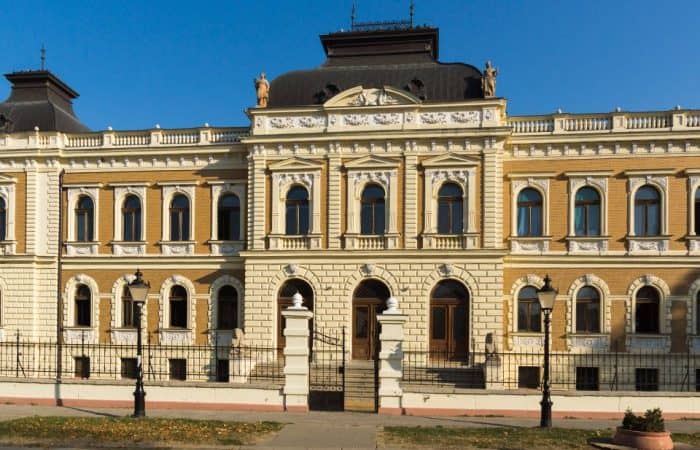 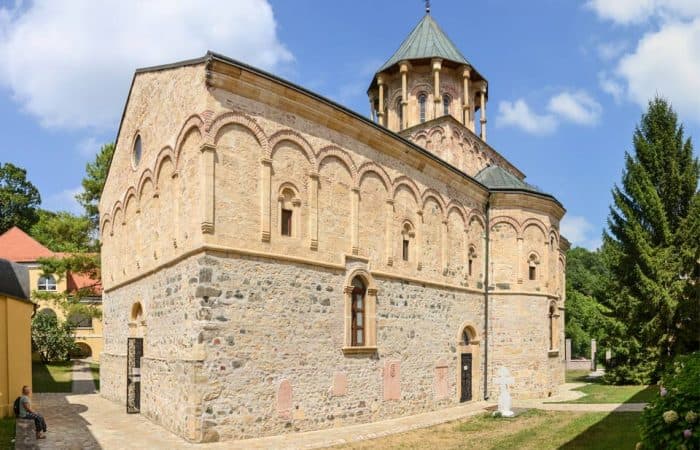 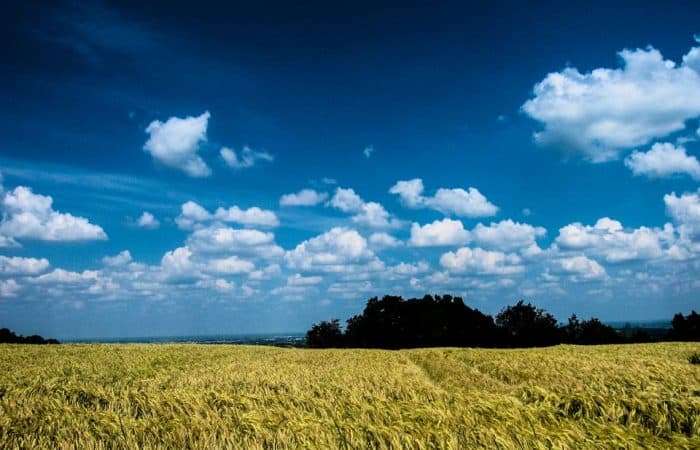 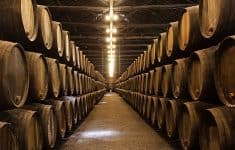 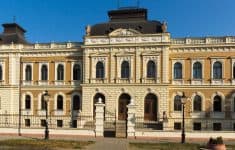 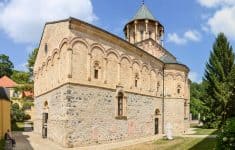 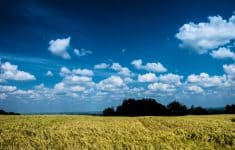 Fruškogorska wine tour. Viticulture in the area of Fruska Gora and in general Vojvodina is one of the oldest in Europe. The flock is the outgrowth of a rich country on the banks of Fruska Gora for 1700 years, when the first line was planted by the Roman Emperor Probus from the ancient Sirmium. Fruška Gora wines were exported even in the 15th century in the Czech Republic and Poland.

The authentic wine of this region is bermet, which traders had exported to the United States 150 years ago, and according to some data Bermet was also on the “Titanika” wine card. It is a special liqueur wine, which resembles Italian vermouth. In this area, vineyards are located on slopes, plateaus and slopes of Fruška Gora, and the Danube River has a beneficial effect on them. The most famous wines of this region are Fruška Gora Riesling, Italian Riesling, Riesling Riesling, Dwarf, Traminac, Flavors, Frankish, Tribal, Silvan Green, Portugese, Specific Flavored Bermet.

We start our wine route by gathering the group at the agreed place at 09:00, where you will be welcomed by our licensed travel guide. The trip includes a visit to the Fruška Gora monastery Novo Hopovo, Sremski Karlovci and the Kovačević winery.

Arrival to Sremski Karlovci around 10:00. Following is the sightseeing of the city with occasional shorter restraints at certain locations.

Tour of the Church of St. Nicholas, representing the central church of the Diocese. It is proclaimed a cultural monument of exceptional importance because in it, besides the frescoes, the painting of Paje Jovanović and other valuable religious and artistic objects are also two relics – parts of the castle of the second Serbian Archbishop St Arsenije Sremac and the Miraculous icon of the Most Holy Mother of God of Bezdina.

Continuation to the Karlovac Gymnasium – the oldest Serbian gymnasium founded in 1791. Today’s building was built in 1891. When it was built, it was also the Patriarchal Palace and was considered the most representative Serbian building in Vojvodina. The school has a very valuable library for the history of Serbs in Hungary. Today in this building is a philological gymnasium. We will also visit the City of Karlovac Peace in 1699. This is a famous place in the Sremski Karlovci, centered in the chapel of peace, which was built in commemoration of the Karlovac Peace. The chapel of peace with the immediate environment has been declared a cultural asset of great importance for Serbia. In 1699, after 16 years of warfare, peace between Habsburg, Poland, the Milk and the Russian Empire was achieved as a victor and the Ottoman Empire and the loser, in the presence of mediators from England and the Netherlands. The event took place on a hill above the Sremski Karlovci. This event is of great significance for Serbian history, since the great parts of the lower Pannonia, and consequently, Srem, Backa, Baranja, Lower Slavonia, Pomorje, as areas with a number of Serbs, were joined by this peace in the Habsburg Empire.

We continue on to Stražilov. Stražilovo is a well-known resort on only 4km from Sremski Karlovci, where the tomb of the great Serbian poet Branko Radičević is located. It represents a significant tourist attraction, and is also a part of the Fruska Gora National Park.

After a short break on the viewing point, we continue the journey to the Novo Hopovo monastery. Arrival at the monastery around 13h. The Monastery of Novo Hopovo was founded by Đurađ Branković at the beginning of the 16th century together with the church dedicated to St. It is never considered to be his first endowment. Due to its architecture and history rich in cultural and religious events, it is one of the most important Serbian monasteries. The monastery was an educational center for centuries and it was noted that the Serbs from Belgrade came to this monastery to learn to read and write. Dositej Obradovic dreamed up here for about three years.

Tour of Vinograda Hopovo, located between the Novo and Staro Hopovo monasteries. It belongs to the Fruska Gora vineyard, to the young vineyards. It is very modest, without modern technology but it can boast wine that meets world standards.

After the visit we continue our path to Irig and the Kovačević Winery. The Kovačević Winery has been in existence for more than 100 years, and the tradition of wine production is transmitted from generation to generation. Today, the Kovačević Winery also has a long-term contracted and carefully controlled grape production on an area of ​​about 100 hectares of vineyards owned by the old Fruška Gora vineyard families. Opening wine roads of Fruška gora and the development of wine tourism, September 2010, the Kovačević wine house opened as a need for wine lovers from the Kovačević wine cellar to have their place for pleasure and relaxation with delicious food and presentation of wine. Free time for sightseeing and wine tasting and shopping at will. Gathering a group in front of the bus and returning to Belgrade.

Returning to Belgrade at evening hours

Expected time of arrival in Belgrade in the late evening hours. 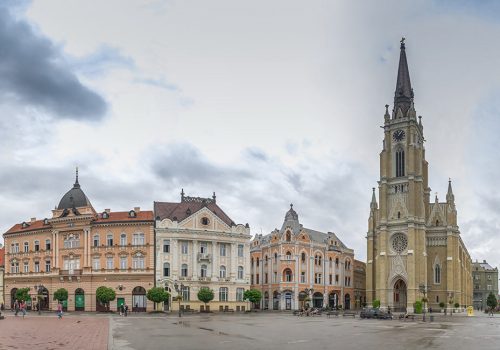 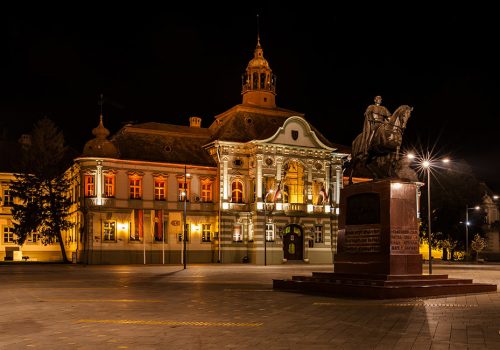 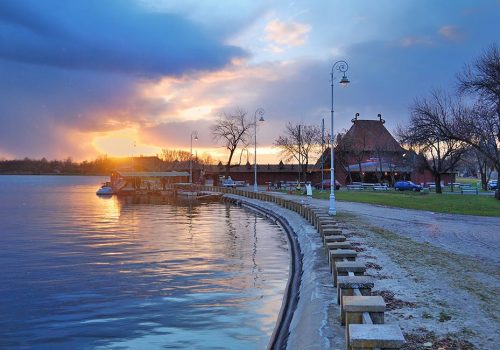